In 2015 after a chance encounter on a basketball court, two entrepreneurs Rami and Houssam realized that as well as a natural affinity for one another, the ethos’ behind their respective brands were very aligned; not only did they share a passion towards a certain “lifestyle”, they also shared a profound appreciation of 1950s style and maintained a close working relationship with their artisans. 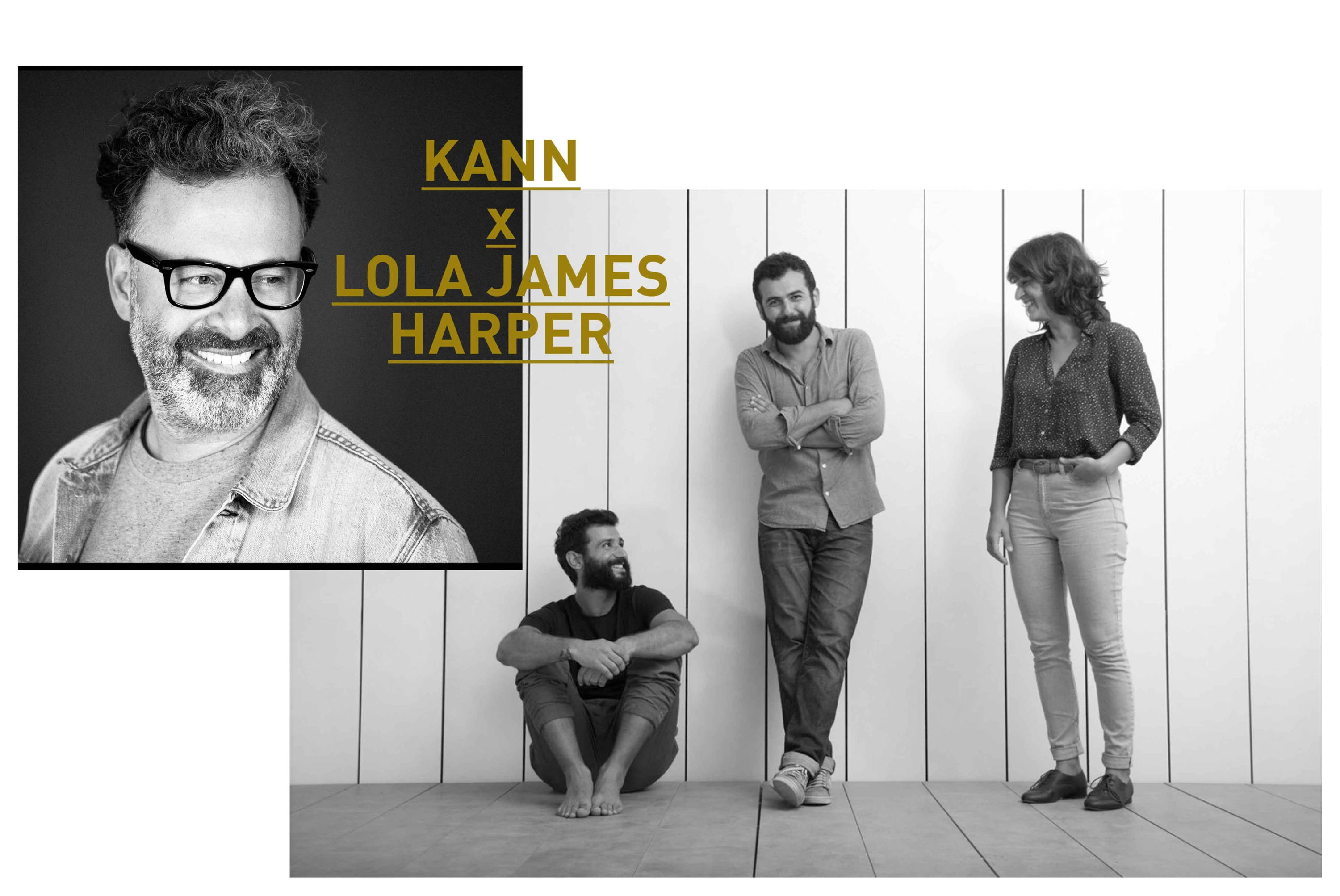 KD: Founded in 2010 by Houssam Kanaan, Meghedi Simonian and Ruby Bou Chebel, Kann Design creates and constructs furniture inspired by the 1950s. The label’s first collection was made in collaboration with the designer, José Pascal. Since then, the brand has continued to collaborate with design studios and creative minds, enriching both Kann Design’s catalogue of work. Ranging from sofas and armchairs, daybeds, units and lighting, Kann’s style includes a large variety of pieces that marry simple lines with sophisticated materials.

LJH: A history of family and friendship, showcased in Colette, Merci, Le Bon Marché Rive Gauche in Paris, Selfridges in London, Isetan in Tokyo, Maxfield in Los Angeles and Wondullfull in Shaghai, Lola James Harper embodies a diverse and joyful universe, where happiness is found in living for the moment. Throughout his years as both a musician and photographer, Creative Director Rami Mekdachi has formed a network of artists and artisans who he’s worked alongside in the creation of various collaborations, including music, scents, coffee, and pictures. Each of these collaborations provides an opportunity for escapism; to a way of life between desire and freedom, memory and creation, pure feelings and strong emotions. 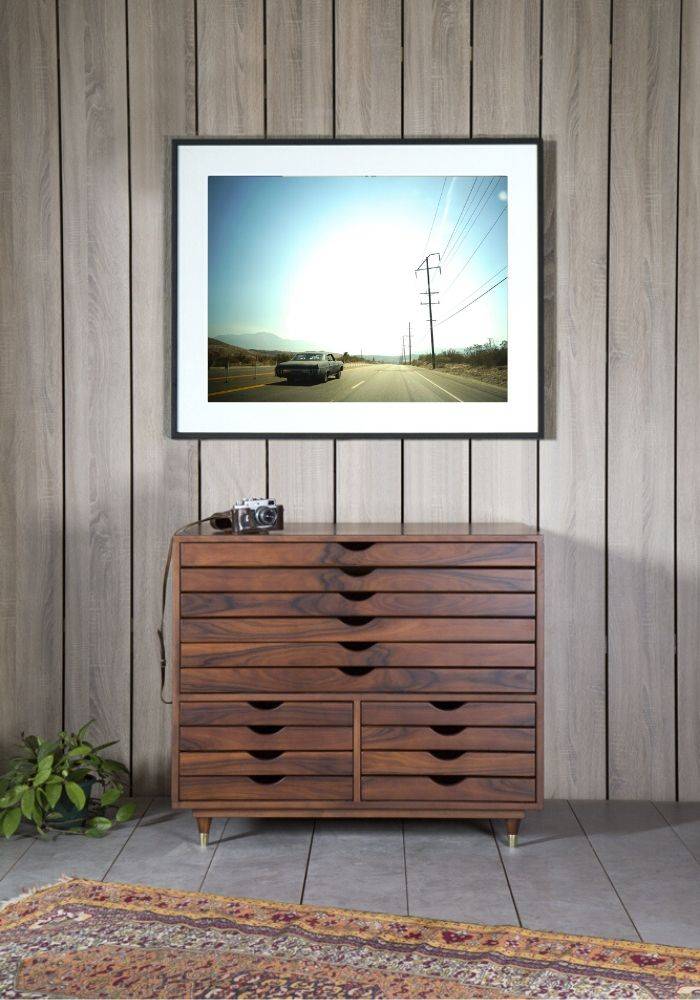 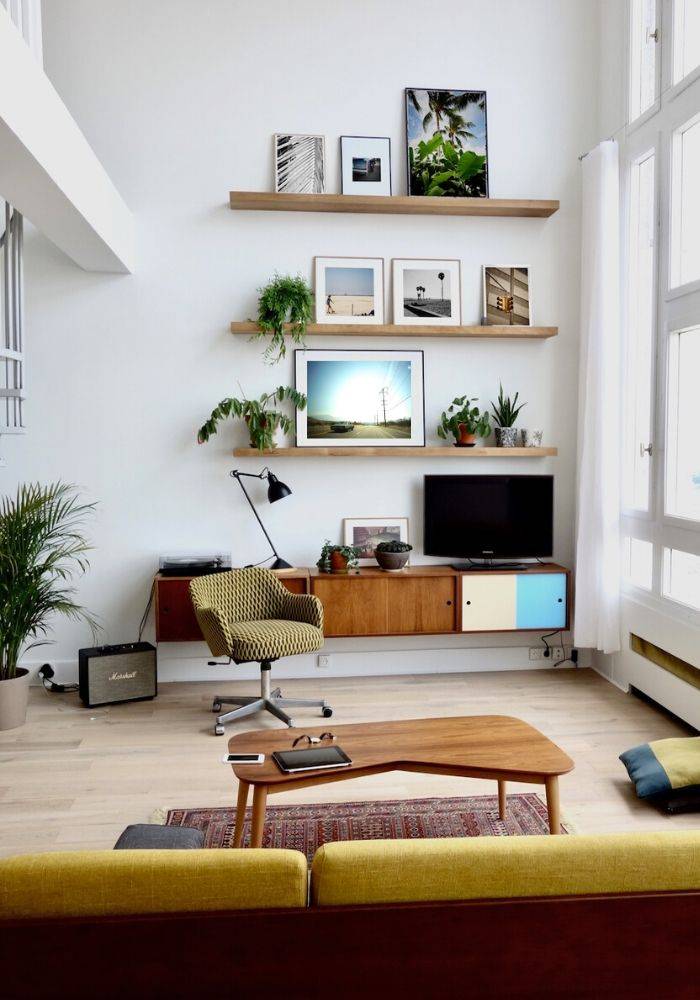 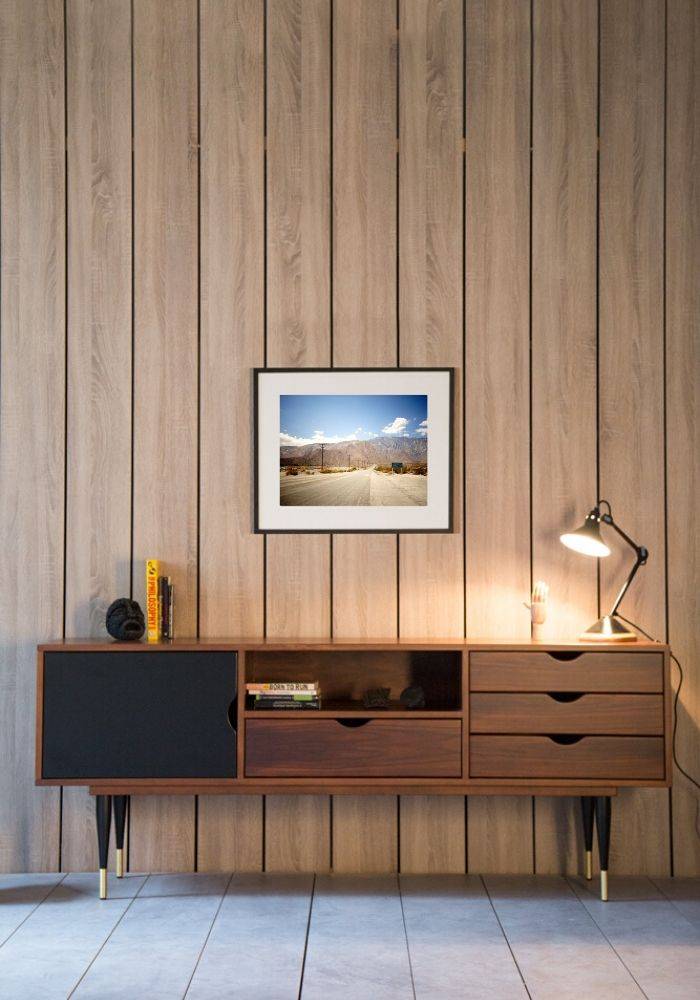 LJH: Travel, joy, openness, friendship and co-creation define the essence of Lola James Harper. Always open to the world and its pleasures, the label cultivates a joyful philosophy of life. Individuality and creativity plays a central role to Lola James Harper.

KD: Kann Design works with the expertise of a Lebanese workshop, founded in 1958 by the father of Kann co-founder, Houssam Kanaan. Twelve artisans – amongst whom carpenters, cabinet-makers, upholsterers and painters are instrumental in maintaining a high level of quality. This artisanal approach to production allows Kann Design to create bespoke furniture at affordable prices. As part of its sustainable development initiative, Kann Design only uses wood which has been certified by the FSC and uses wood offcuts in the manufacturing of certain of its products (the “Recycled Collection”).

LJH:  With many different skills involved in its creations, Lola James Harper knows that savoir-faire is precious, and nurtures and cherishes relationships with masters of their field. For example, the olfactive expertise of Benoist Lapouza and Delphine Lebeau at the Maison Française des Cires were used in the creation of its scented candles and fragrances. Basementstudio and Studio Trufo in Paris and 4th Recording Studioin Santa-Monica have composed and recorded its albums, and Lopez Printers publishes its photos of concerts and travels.

The collection includes 4 items– an armchair, coffee table, a freestanding unit and a chest of drawers. It is true to Kann Design’s original style, drawing inspiration from the Rewind collection. Created to stand in the Lola James Harper life stores in Bon Marché Rive Gauche and Selfridges, the four items of furniture reflect the identities of the artists and musicians who have worked alongside LJH. The rosewood and black lacquered wood lend a masculine elegance to the collection, with copper detailing adding a touch of refinement and offering a playful juxtaposition against the modesty of the wood. Sitting somewhere between simplicity and refinement, the collection is a contemporary reinvention of 50s style. 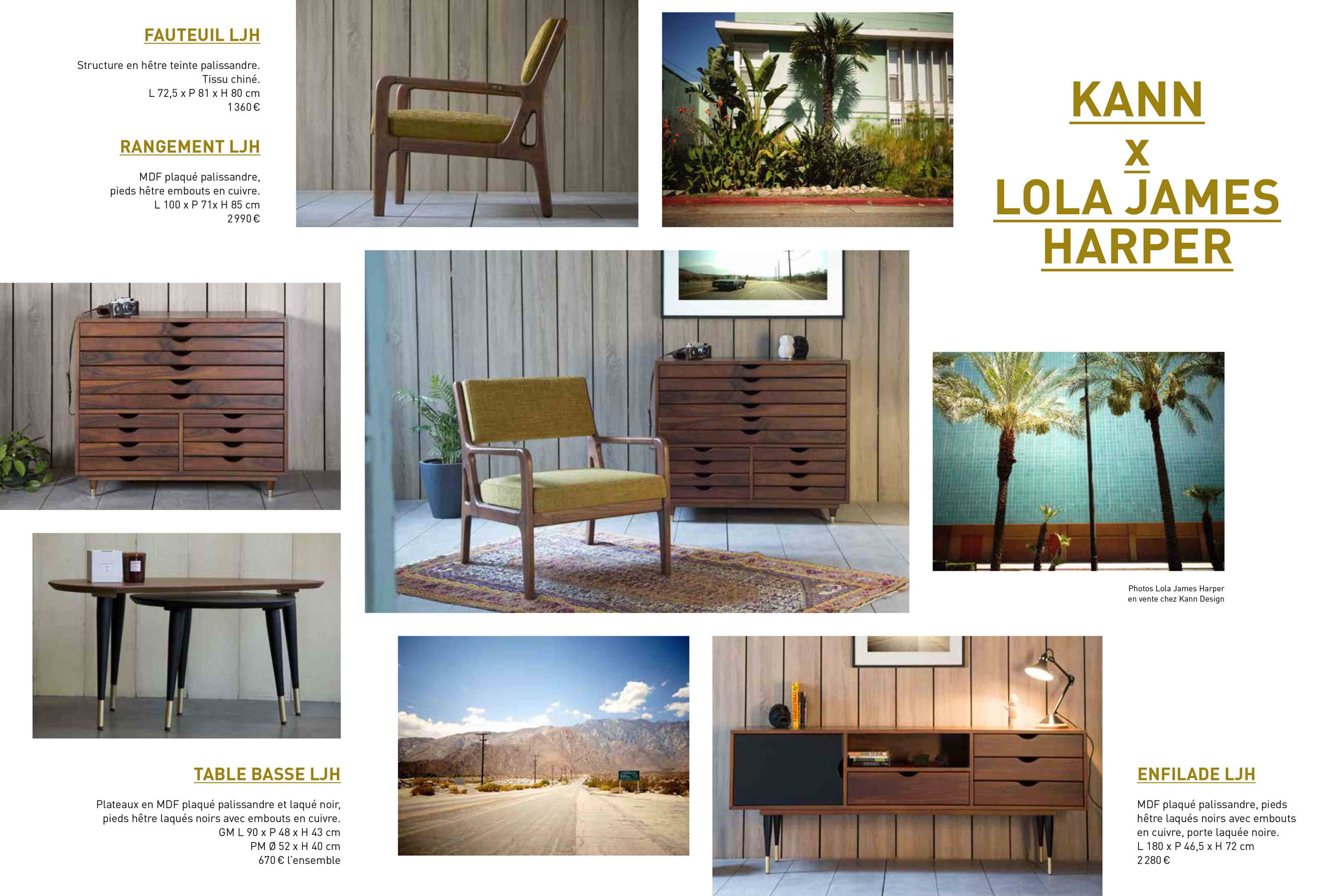