Our Masterclasses are welcoming friends, artists and artisans, that share the same philosophy of life than Lola James Harper :
the art of tea, of custom motorcycles, of music, of parfum, of togetherness food…

Rami Mekdachi is a musician, photographer and Art director… He founded Lola James Harper in 2013 :
« Lola James Harper is my way of gathering amazing people I met around the world… sharing the energy and love we have… trying to show how the world is great by giving music, fragrances, pictures of it… I believe that we need to give more time and space to our senses : hear, smell, touch, taste, see and play together… Playing music with friends is unbelievably powerful and balancing… we need to share with others and to use all our senses… » Rami Mekdachi
He directed the movie WITH about friendship, travels, music, encounters and co-creation… :
« I am lucky enough to have met amazing people, singers, musicians, friends of friends of friends … Playing music is like talking all together at the same time to create a
sentence that no one had in mind before …music is togetherness… » Rami Mekdachi
He developed a Music Studio ready to record any sessions in a few minutes and he put together a creative method to help write, compose and play an original song with non musician :
« What I love the most is to play music with non musicians or kids... Magical moments happens because they all are « here and now » trying their best to create a sound together… No more expertise and musicians playing with their own memories or habits… Pure spontaneous co-creation… That’s what I want to share at Le Bon Marché Rive Gauche with the Lola James Harper Music School and Master Class »… Rami Mekdachi 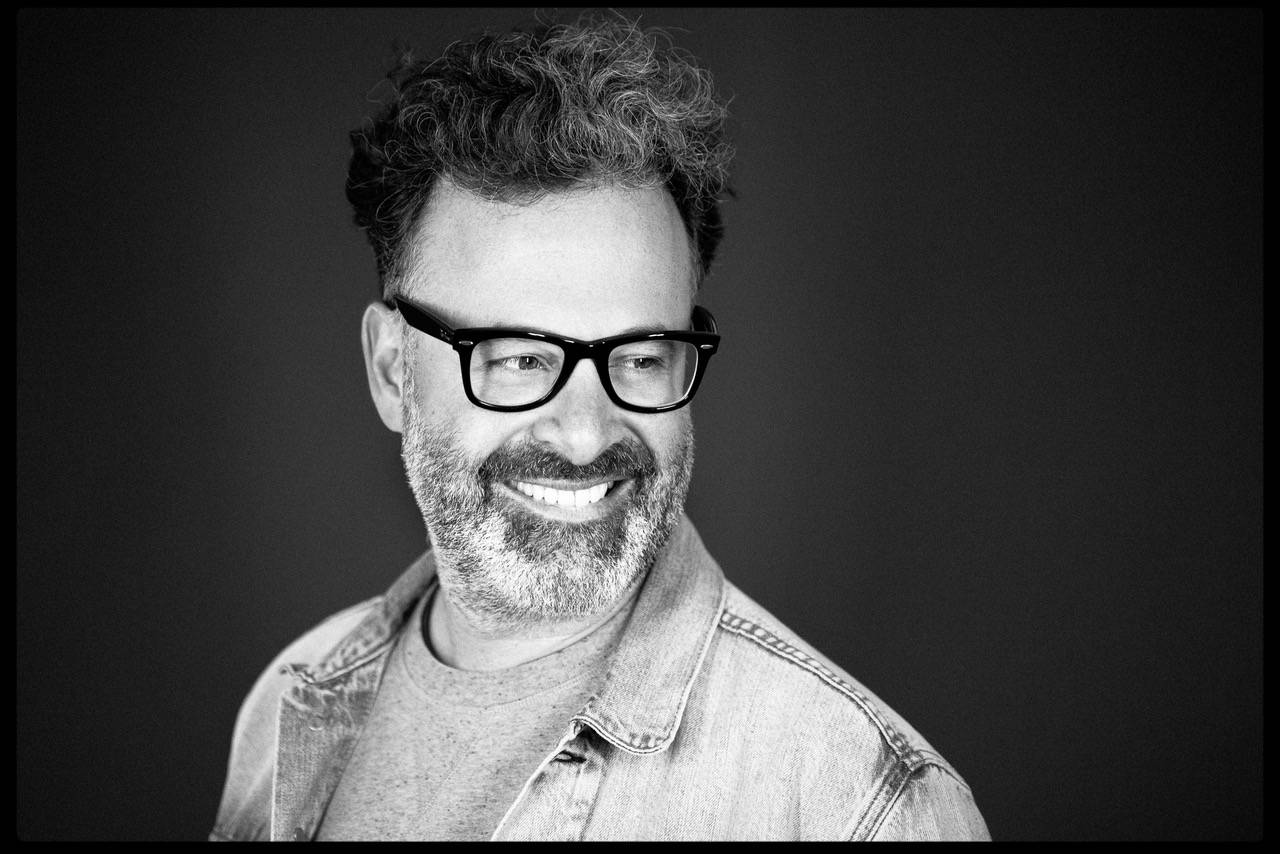 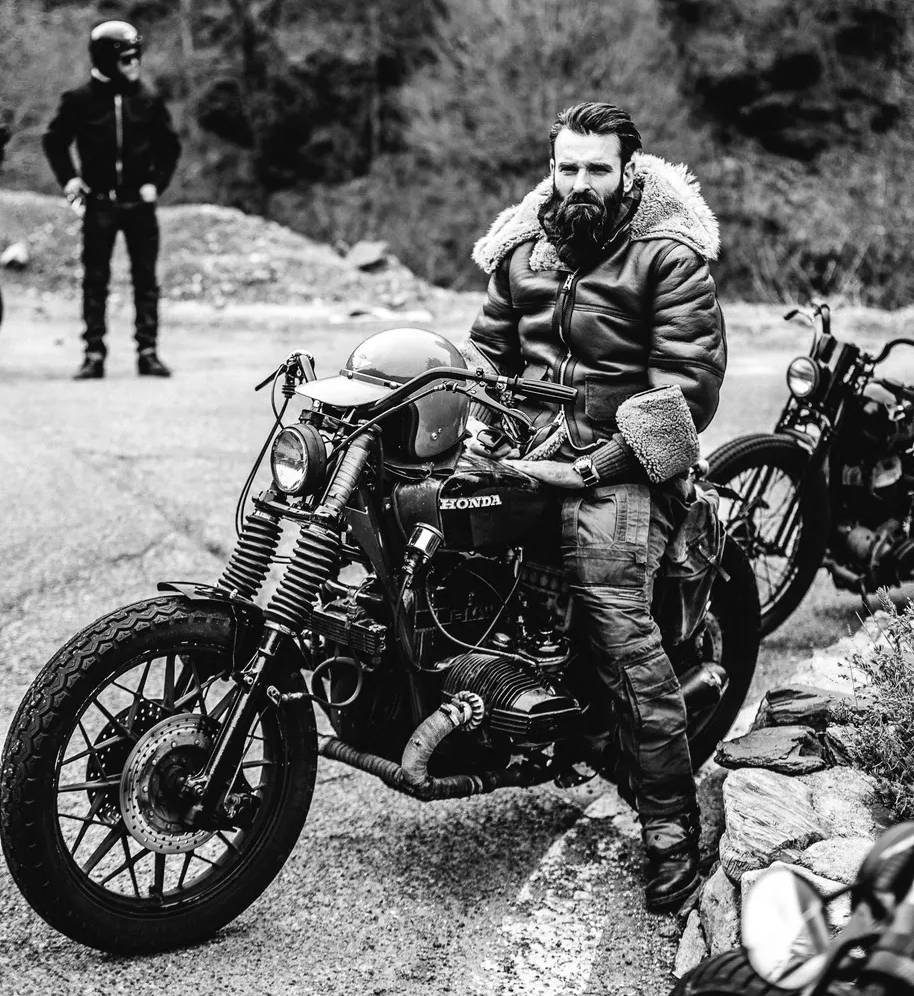 The Art of Custom motorcycle with Fred Jourden, Founder of Blitz Motorcycle

After he graduating a High Business School in 1996, Fred Jourden worked for almost 20 years as a Marketing Director (mostly digital, at Caramail and Lycos Europe, among other on-line based companies).
Passionate by mechanics and vintage motorcycles, he takes a degree in mechanic servicing in 2004/2005 (through night courses) in order to service himself his '61 BMW motorcycle which is by then its daily commuter.
During the next 5 years, he spends most of his spare time (after work hours and weekends) to service and customize his own motorcycles, his friends' motorcycle, his friends of friends' motorcycles. He then quits his job as a Marketing Director to create, alongside with his friend Hugo Jézégabel, the custom motorcycles garage "Blitz Motorcycles".
Since 2010, Blitz Motorcycles creates a holistic universe built around the lifestyle of motorcycle and features, besides bespoke made motorcycles imagined to match with the owner's personality.

Rami Mekdachi has a thing for places. They are what most inspire the maverick art director’s work.

“When I enter a place, it has a particular ambience”, says the Paris-based Mekdachi, who adds that he perceives ambience as warm or cold, depending on the textures, colors, music, sounds and people.

Since founding his company, Mekdachi’s ability to tune the nuances of a locale into marketable products has been sniffed out by an elite crowd of tastemakers. Still, Mekdachi remains one of beauty’s best-kept secrets, perhaps because in an industry full of razzledazzle, he keeps a low profile. His attire-a black sweatshirt, T-shirt and blue jeans-reflects a casual nature but relies a needle-sharp vision of work. 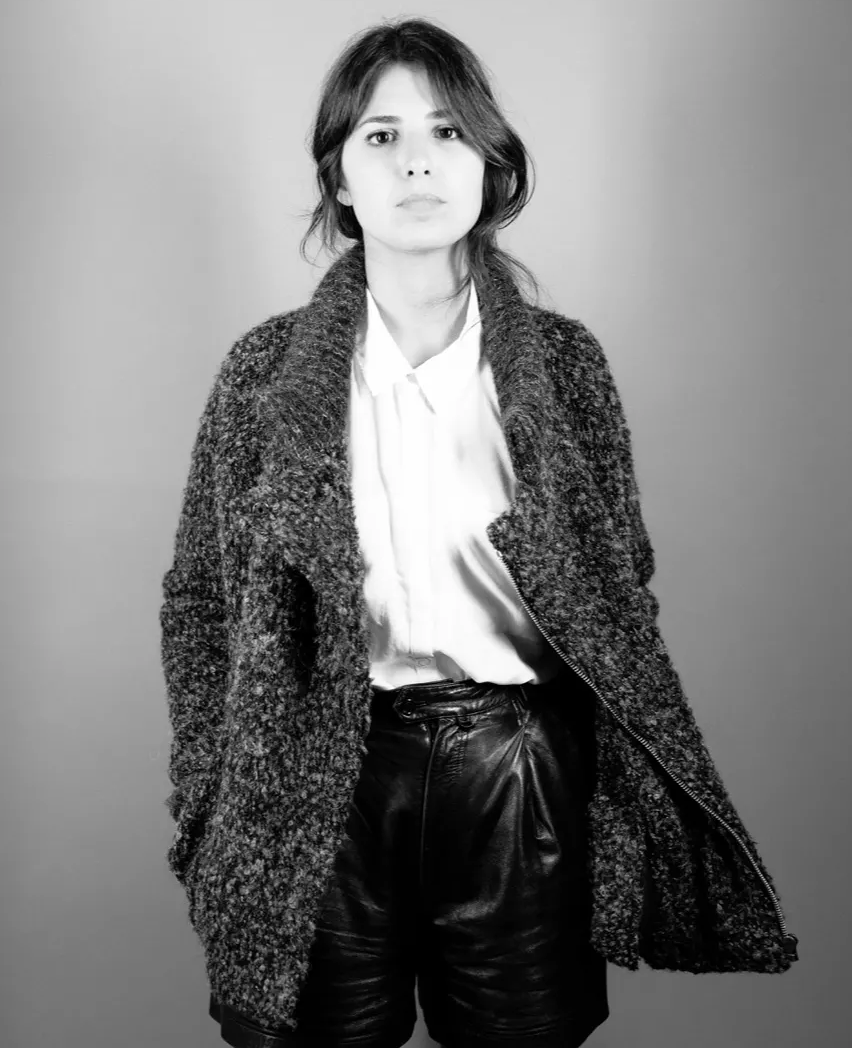 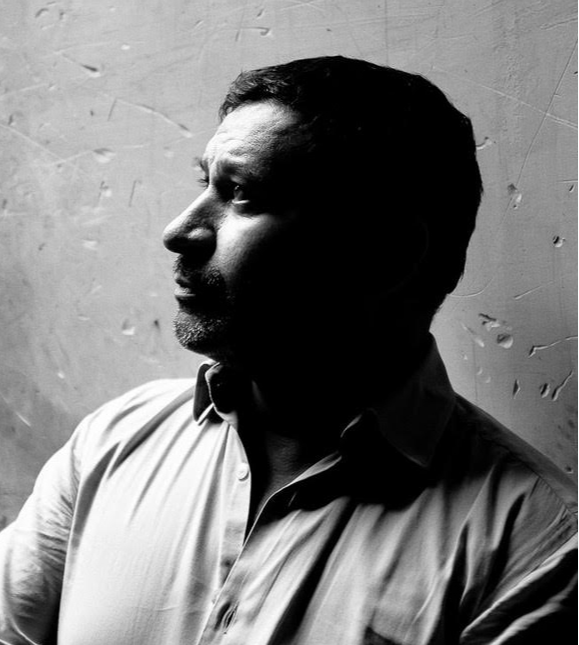 This is José Da Rosa’s profession, but he made it a true passion. This connoisseur’s greatest pleasure is to travel the world seeking out unique, high-quality, traditional products. To find the best ones, obviously. To trace back to the source, meet talented producers, proud of their region and savoir-faire, and environmentally friendly in their practices. Discovering new specialities and original flavours, and being blessed by sharing them. All in all, in matters of gastronomy, for José Da Rosa, the star is with no doubt the product.

A demanding defender of food excellence…
At Da Rosa’s, whether you take away or eat in, gourmets will always find exceptional products. José Da Rosa makes a point of offering to all customers the opportunity to taste the products standing on the menus of the finest restaurants. José Da Rosa champions sober, unpretentious dishes inspired by outstanding products.

And tea master…
José Da Rosa was privileged to be trained in the Art of Tea by the famous Tea Master Kitti Cha Sangmanee in 1986. For 5 years now, José Da Rosa has been working to create a collection of rare and precious teas and outstanding infusions. Leaves and fragrances are rigorously selected, and infusion and preparation procedures and times specified. A new dimension and new rituals for Da Rosa and his followers.

With over a decade of experience as a private chef, caterer, cookbook author and restaurant veteran, Jill Donenfeld is a hospitality expert with a global perspective.

As co-founder of The Culinistas, Jill is on a mission to bring friends and family back to the table by making it easier for busy, urban families to access delicious and nourishing home-cooked meals.

Jill ran the kitchen at Villa Lena, an artists residency and hotel, in Tuscany in 2015 and has written four cookbooks, including “Better on Toast” (Harper Collins, 2015) and “Party Like a Culinista” (Lake Isle Press, 2011), as well as international cookbook titles in Madagascar and India. Her portfolio also includes pieces for Food & Wine, Men’s Journal, The Huffington Post, TimeOut and National Geographic.

In 2012, Jill was named one of Forbes Magazine’s “30 Under 30” with Danny Meyer saying: “In whatever incarnation tomorrow’s generation has its Martha Stewart-like role, Jill Donenfeld is likely to play it." When she's not at work, Jill is surfing, playing tennis, making porcelain plates, drying bottarga, and traveling the world in pursuit of culinary connection.

She wrote 4 books about togetherness food :

Better On Toast - Happiness On A Slice of Bread :
Better on Toast features delicious, quick, easy-to-follow recipes for toasts with every possible topping—from hot to cold and savory to sweet. Anyone can make delicious toasts, no matter his or her level of experience or kitchen size. Whether you use thick-cut French bread, slices of whole wheat, or her gluten-free bread recipe, Jill puts emphasis on flavor, using quality, wholesome ingredients to make each recipe stand out.

The Bangala Table - Flavors and Recipes from Chettinad :
A compilation of recipes from the home and hotel of Meenakshi Meyyappan and the MSMM family in the Chettinad region of Tamil Nadu in southern India. These recipes reflect the worldly history of the Chettiars, incorporating traditional Indian treats as well as techniques and cuisines picked up around the globe and reinterpreted in their homes.

Mankafy Sakafo - Delicious Meals from Madagascar :
After living in Madagascar, Jill wrote the first and only English language cookbook on cuisine and cooking from Madagascar. 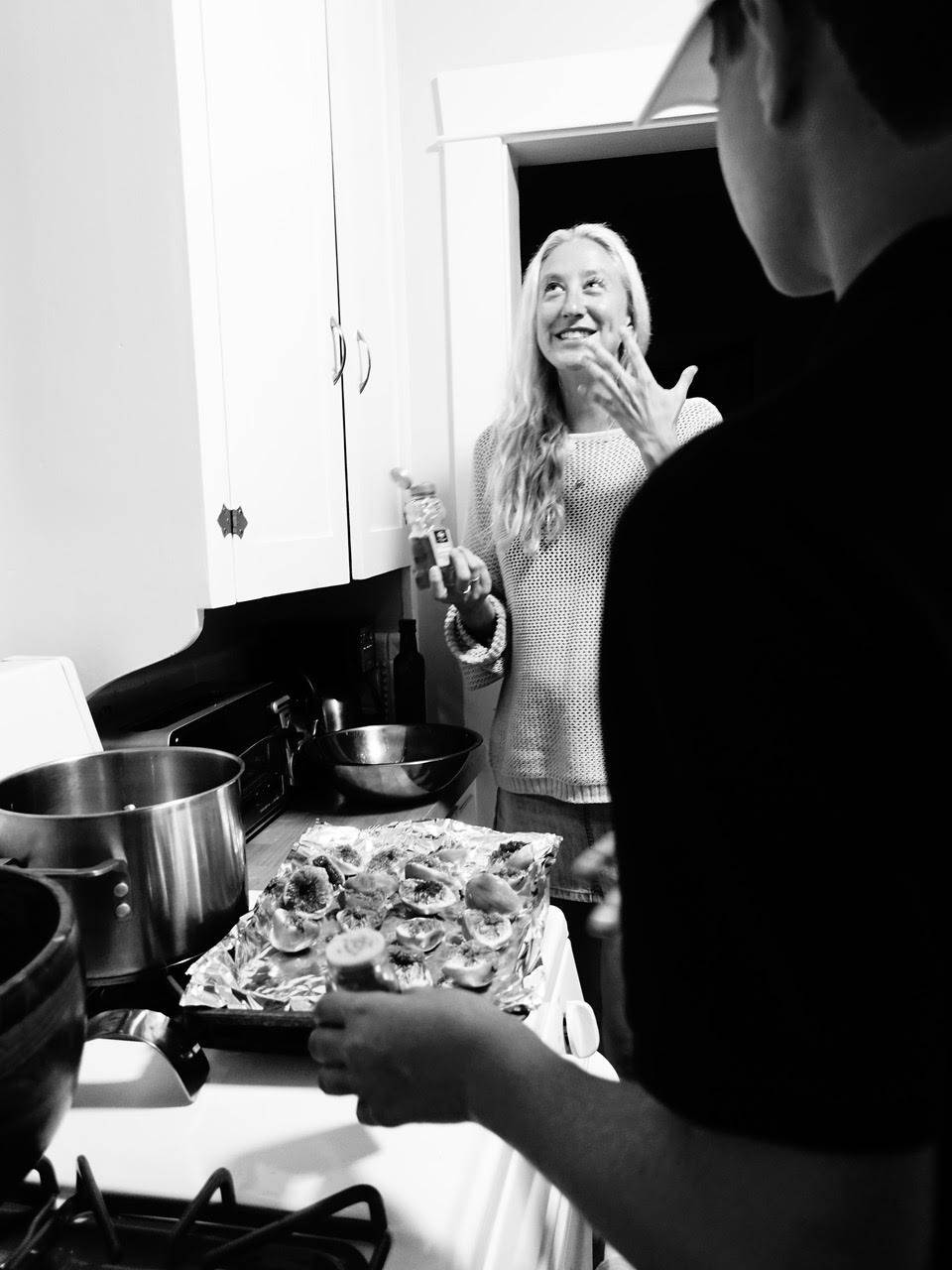 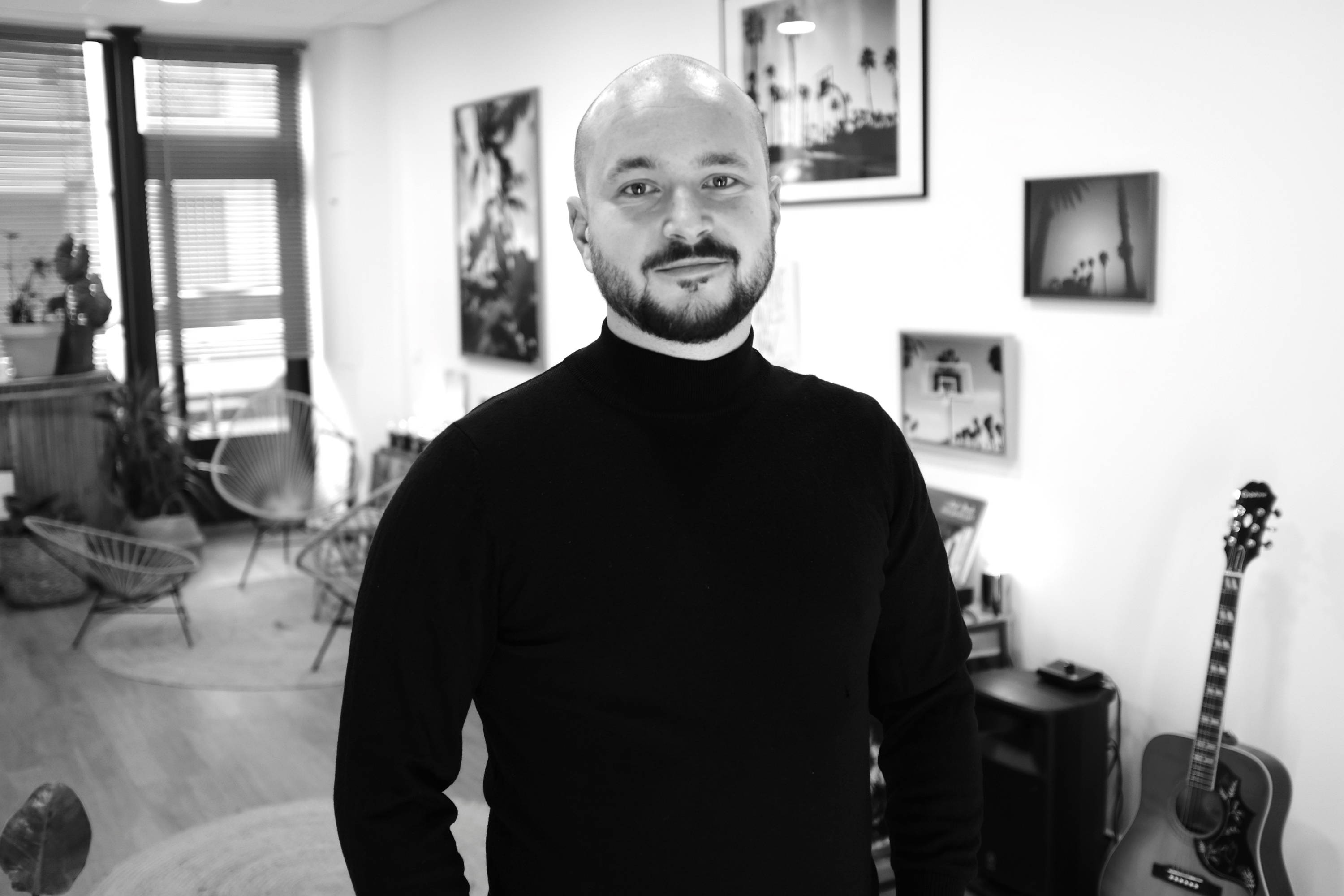 The Art of breathing with Pierre Alexis TOZZI

Osteopath, teacher in the Preparatory Court of Medicine and School of Osteopathy ...